Feta Cheese at the Heart of Growing US-EU Trade Tensions 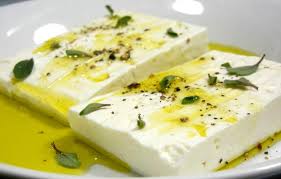 What’s in a name, you ask? to Greeks, its a 6,000-year-old tradition of cheesemaking they argue is distinctively theirs and dairy farmers in Wisconsin and elsewhere in the United States don’t have the right to use the name.

But to Americans, such “protectionism” could damage a multi-billion dollar domestic industry.

Feta is now at the heart of a growing United States-European Union trade dispute that is part of the Transatlantic Trade and Investment Partnership (TTIP) but geographical indications, or GIs as they are called in negotiations, remain a huge hurdle, mainly because the European Union insists on protecting Greek cheesemakers and only their sole right to call their cheese feta.

GIs are an important cornerstone of EU agricultural and trade policy, designed to ensure that only products from a given region can carry a specific name.

GIs and designations of origin were introduced in 1992, securing protection for Greek feta, as well as a thousand other regional products like champagne, parmesan cheese, Valencia oranges and other locally-grown or crafted food products.

Washington isn’t objecting to protection of niche items such as British Melton Mowbray pork pies. But negotiators face a very difficult task to find a balance for widely produced items like feta, Parma ham or parmesan cheese, the biggest maker of which is America’s Kraft Foods.

U.S. agricultural and trade experts generally recognize the region-specific terms such as “Gouda Holland” or “Camembert de Normandie”, meaning that U.S. producers can still make and name their own gouda and camembert cheeses.

However, they argue that the European Union has gone too far by including the likes of gorgonzola and feta – terms they say are not region-specific but generic like cheddar or mozzarella, which do not have GI status.

And US trade negotiators are backed by a powerful lobby of combined US dairy producers, cheesemakers and food companies.

“Show me on the map where feta is?” asked one U.S. trade negotiator said in a Reuters interview.

“It’s really stunning that the Europeans are trying to claw back products made popular in other countries,” says Jim Mulhern, president of the National Milk Producers Federation, which represents US dairy farmers.

Under EU law, the feta-producing region covers almost the whole of the Greek mainland plus the island of Lesbos, allowing only cheese made from local milk and using age-old practices to be called “feta” in the marketplace.

The European Commission says names can be protected even if they are not linked to a particular place. Feta, it says, is so closely connected to Greece as to be identified inherently as a Greek product.

“There’s nothing wrong with GIs, but is something a true GI or just a method of production?” said CCFN executive director Jaime Castaneda. “Most consumers do connect feta with Greece, but most also connect cheddar with England but it does not have to be made there.”

Recent EU agreements with Canada saw a bit of a compromise and this could very well be where the final solution with the United States ends up.

Certain cheese names manufactured and sold in Canada were restricted unless the cheese came from Europe. Under the Canadian agreement, feta products manufactured in Canada can only be marketed as feta-like or feta-style, and they can’t use Greek letters or other symbols that evoke Greece.

The Highs and Lows of a Marathon Addict